Due to popular demand, Marbelup Models has created a WMD version of the WMC iron-ore wagon.

WMD's were used to carry coal, wheat and talc, and roamed widely over the rail network including the Metropolitan, South-West, Great Southern and MidWest regions.  The photo below from the Rail Heritage WA Archive shows one being shunted at Narrogin. 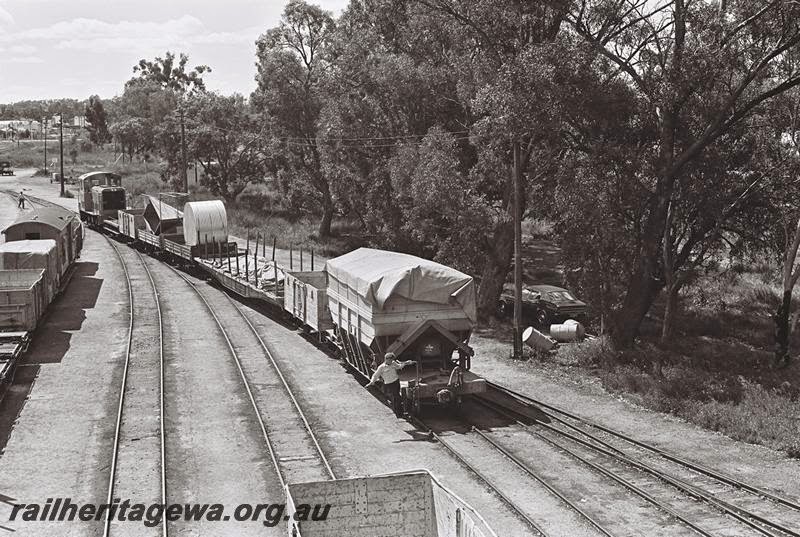 WMD's could often be found in general goods trains compared to WMC's which ran in dedicated block trains in iron-ore traffic.  WMD's were painted both in grey, the same as WMC's and later in Westrail yellow.  For more information on the prototype, see the WA Wagon Pages.

Back to Marbelup Models Home Page
Posted by Richard at Saturday, October 05, 2013