A total of five VDR vans were converted from VD louvre vans between 1956 and 1962.  The later ones only had a single door to the freezer compartment and one of the early vans was later converted to the single door arrangement.  (Marbelup Models may produced the single door version if there is sufficient demand.) 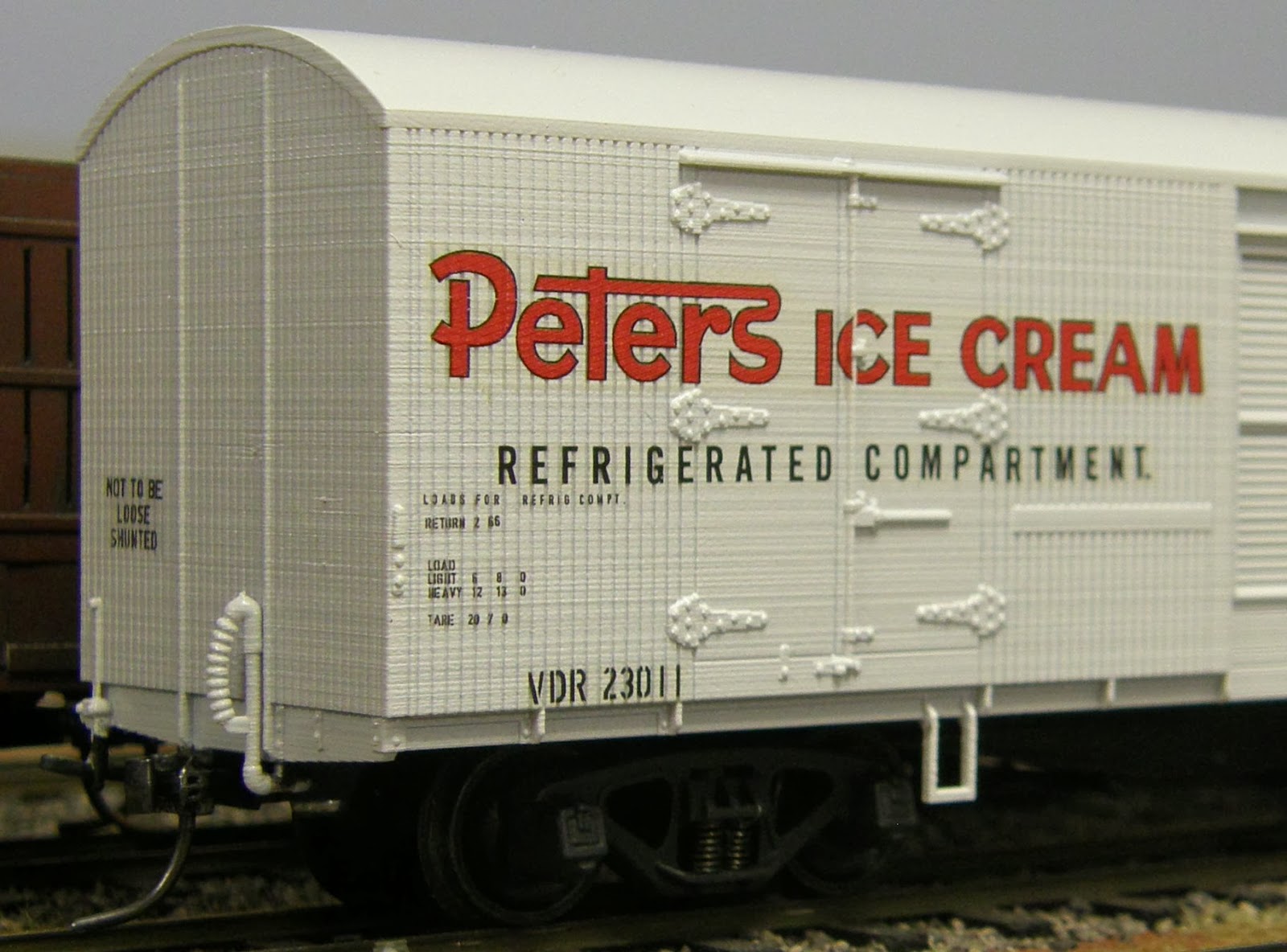 The refrigeration equipment was removed from the vans in 1970 after which they remained in traffic as general good vans, and were written off in the 1980's.

The photo below, from Rail Heritage WA, shows a prototype VDR van. 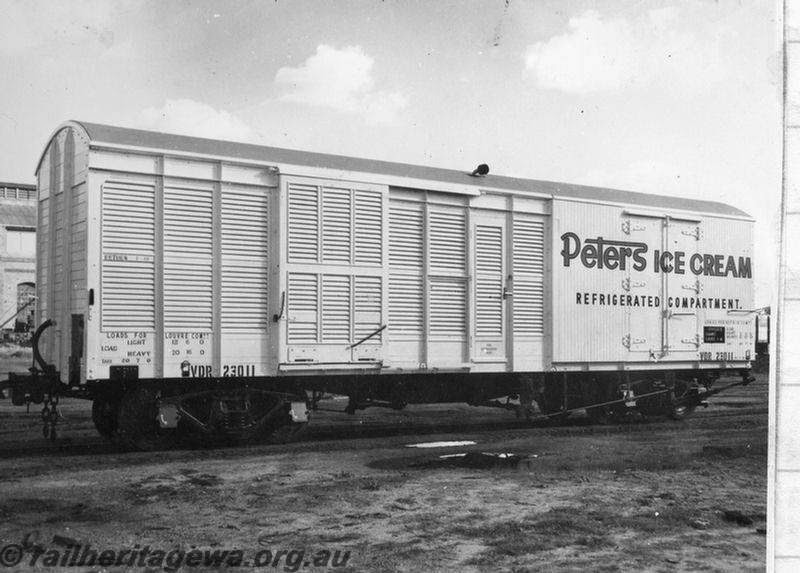 The body of the VDR has been printed in one piece.  The print orientation has been chosen to optimise the definition of the louvres, which will result in some visible stepping on the roof, which can be smoothed off by scraping and/or sanding.  As well, the modeller will be required to remove the support materials from the 3D printing process, and add various details such as handrails, from brass wire (not supplied).  For more information, please refer to the Construction Tips for VD Van which is very similar.

A set of decals for the van will be available from Westland Models (email: clarkrb@iinet.net.au).


Back to Marbelup Models Home Page
Posted by Richard at Tuesday, March 11, 2014