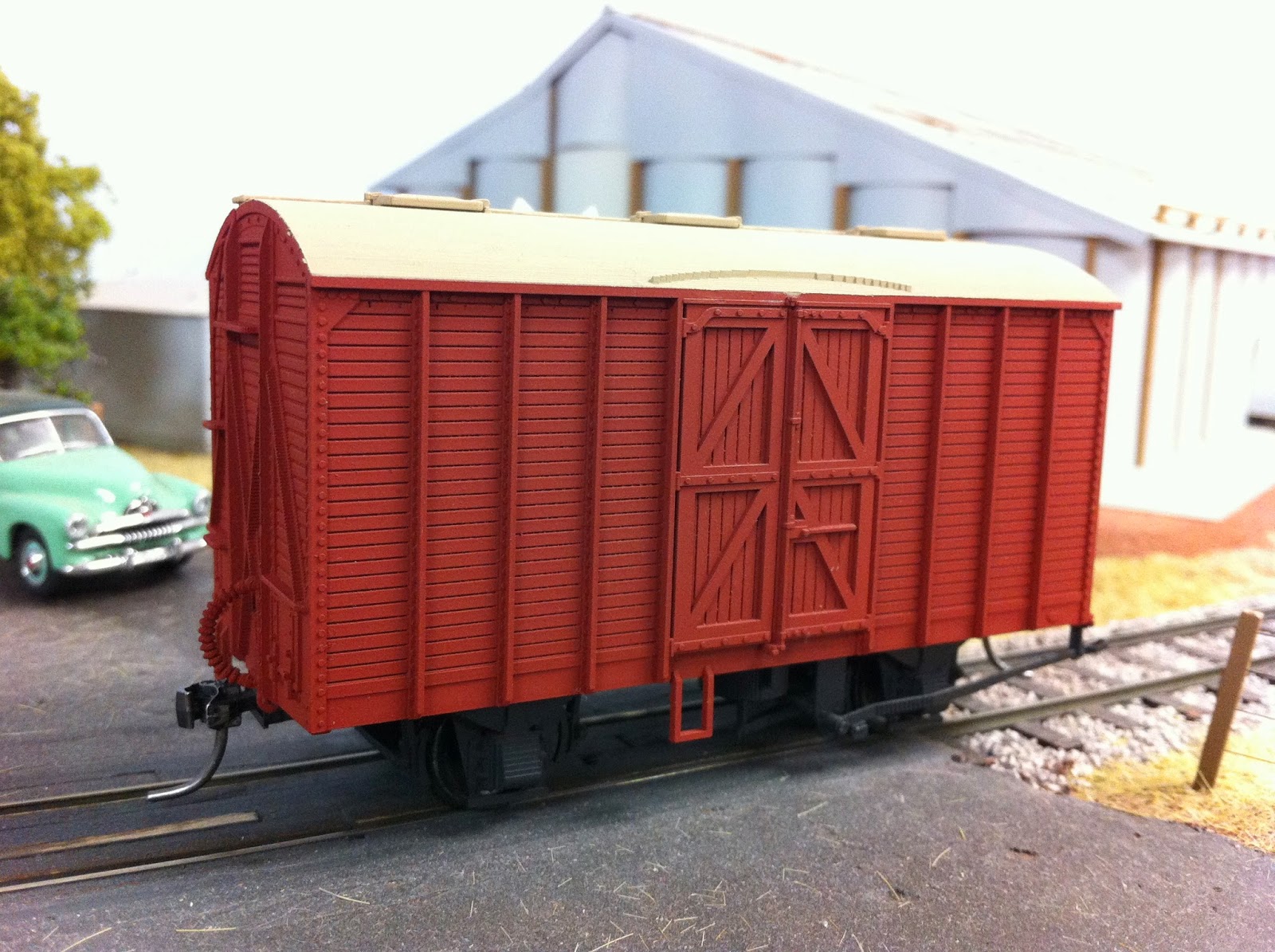 Like the FD's, DC's were very common on the WAGR system, with over 700 being built between 1953 and 1954.  Most of the class remained in use until the late 1980's, primarily carrying grain which was loaded and unloaded by roof hatches and end doors, respectively.  Refer to the WAGR Wagon Pages for more information on the prototype. 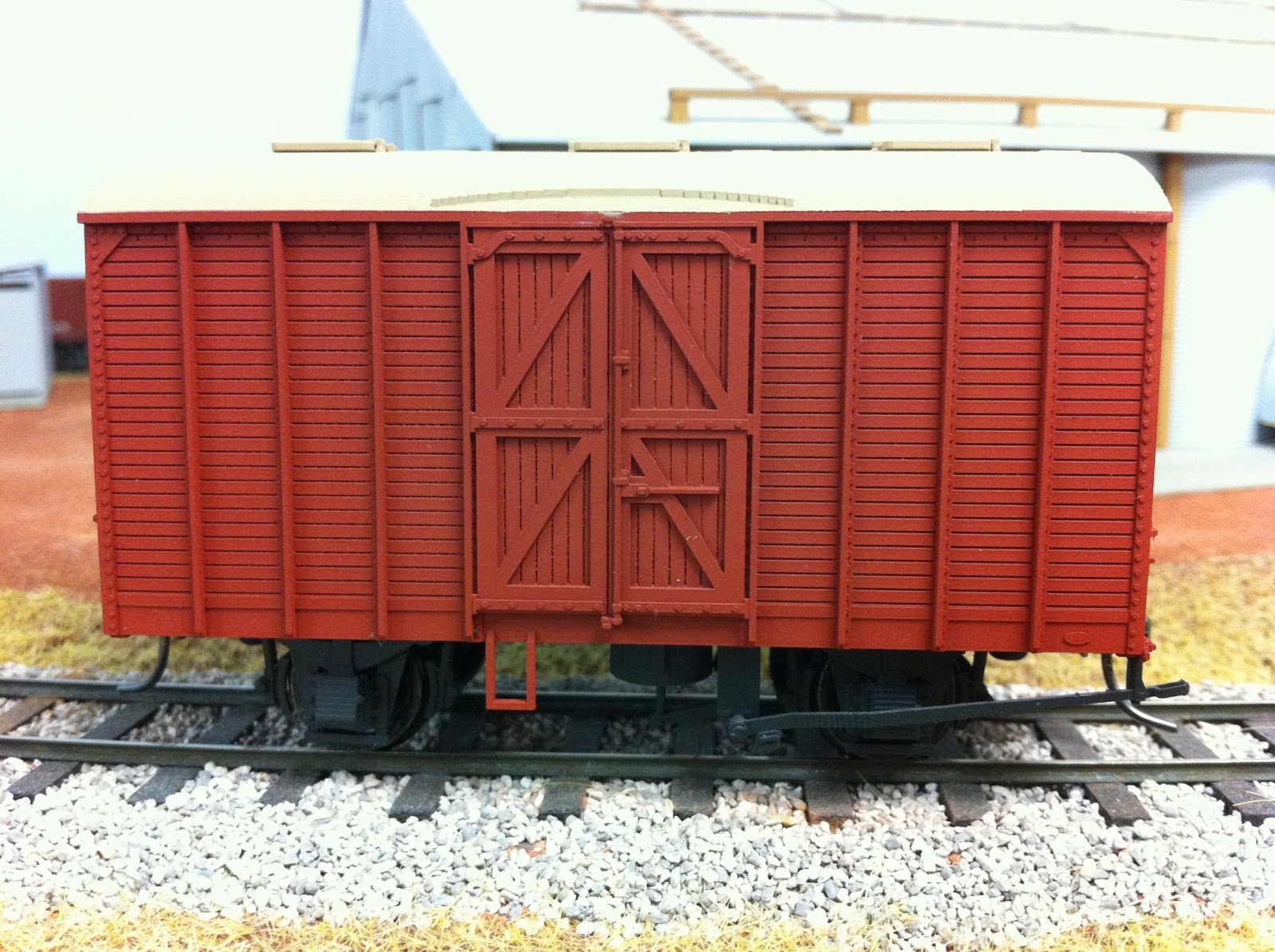 The model depicts the van in "as delivered" condition.  An optional version is available with "flat" diagonal braces on the sides.

Various other modifications were carried out during the life of the DC vans, including replacement of sections of timber paneling with plywood.  Marbelup Models may produced later versions if there is sufficient demand.

The photos below, from Rail Heritage WA, shows a DC van in close to original condition and one with the "flat" diagonal braces. 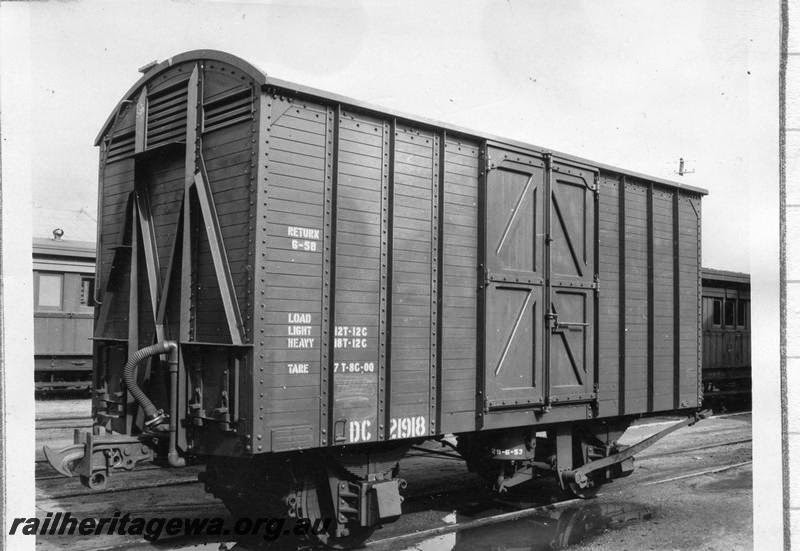 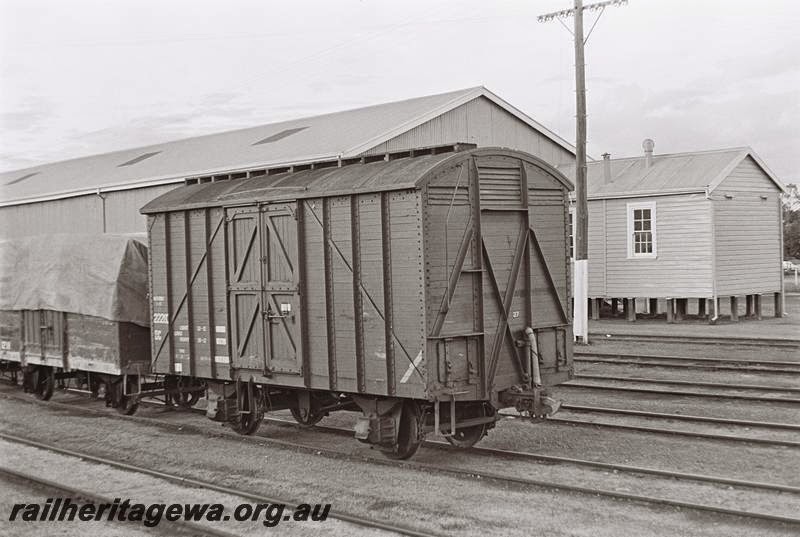 The body of the DC has been printed in two pieces, with a vertical join which is conveniently hidden by the roofwalk.  The print orientation has been chosen to produce a smooth surface on the curved roof which will require minimal finishing.  The modeller will be required to remove the support materials from the 3D printing process, and add various details such as handrails, from brass wire (not supplied) as well as W-irons, wheels and couplers.

The roofwalk for the DC has also been produced on its own, for use with kit or scratchbuilt DC models.