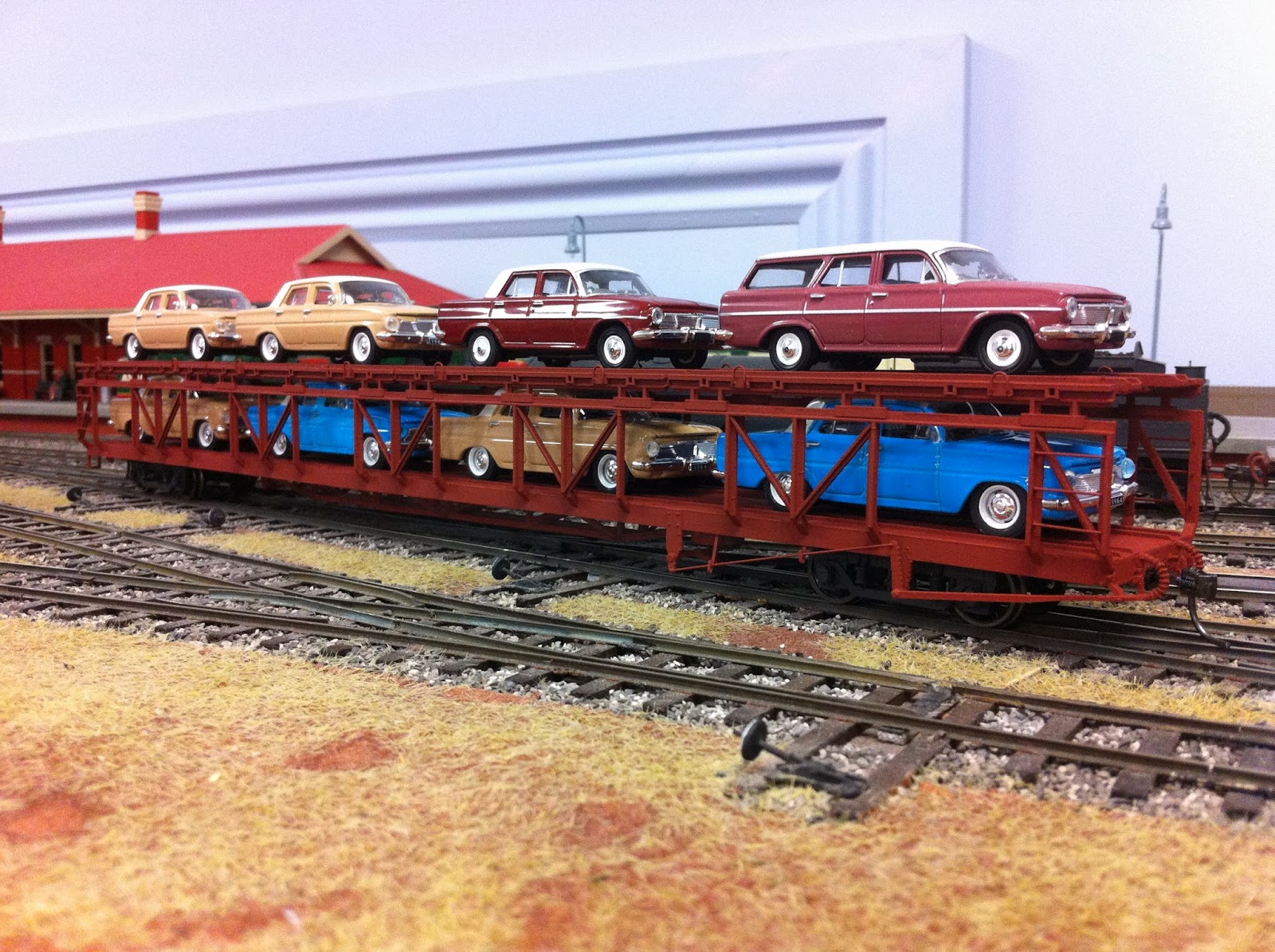 The QMC car wagons were converted in 1963 from the earlier QMB wagons.  The WMB's were used to carry car bodies only, which were fully assembled in local (WA) factories, whereas the QMC's and later QMD's carried complete cars.  Photos indicate that the wagons were mainly used between Kalgoorlie and Perth and were often included on the Westland passenger train as well as freight trains.

The narrow gauge car wagons were made redundant after the standard gauge trains started running right through to Perth, and some were converted to QMG long, bulkhead flat wagons between 1970 and 1973. 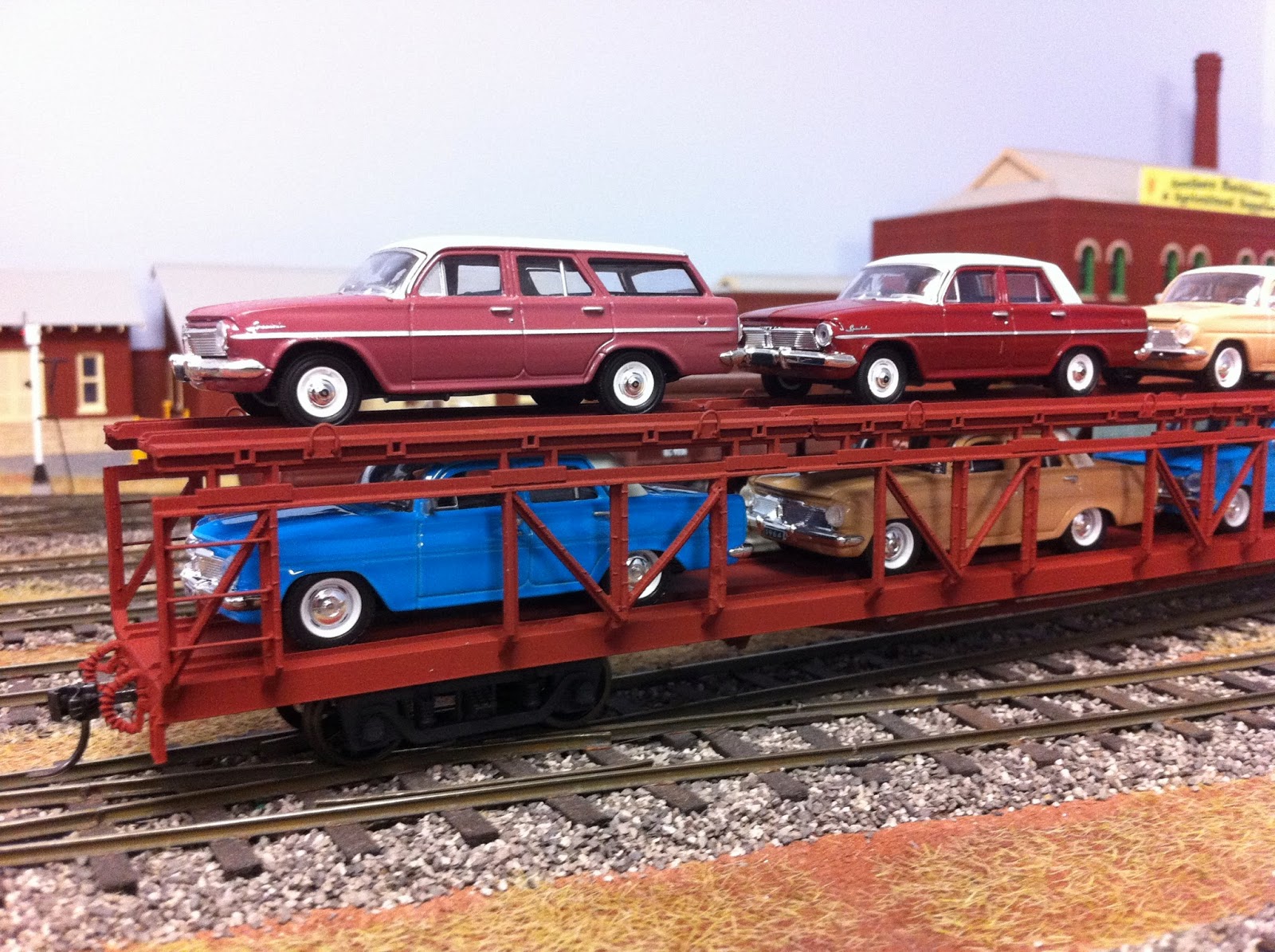 At 70 feet (in the old measure), this series of wagons was the longest of all narrow gauge wagons.  The WA Wagon Pages have further information on the prototype wagons

As no detailed drawings appear to have survived for these wagons, the QMC model is based on a simple outline drawing and photos, although detailed photos are also scarce.  One of the few photos to show details of the wagon is in the Weston Langford collection although this may actually be a QMD wagon which had fork lift pockets on the upper deck which consisted of four separate panels.  A photo of the later QMG wagon confirmed the overall structure of the steel truss underframe.  The outline drawing indicates there were only ever 2 QMC's but there were a maximum of 23 of the very similar QMD's in the late 1960's.

Because of its length, the model is made in two sections as the standard 3D printers could not make it in one piece.  When fitted with the recommended Steam Era Models passenger bogies (available from Railwest Models), it will negotiate curves down to 700 mm radius.  Kadee long shank couplers are also recommended to allow sufficient coupler swing.  The model does have considerable overhang, particularly on the inside of a curve, so increased clearances may be required for curved platforms and other structures.

The model cars depicted in the photo by are Biante and DDA Collectibles.  Despite being 1/64 scale, the model EH Holdens were about 0.5 mm too high to fit in the lower deck, so four of the DDA cars were "lowered" by dismantling them and cutting deeper slots in the plastic chassis for the axles.